The following is a report from the Duluth CSA’s on cameras and the dashboard. As of Saturday Afternoon (Week 2) we have experienced 100% success rate of cameras performing between the 123 teams split between the 2 regionals. Our procedure to get this result will be outlined below.

If the team camera works, we let them go without any changes. This usually included the Limelight, Raspberry Pi, ShuffleBoard, and SmartDashboard. These presented very little problems with the FMS and NT.

For teams encountering issues, LabVIEW teams or teams using a LabVIEW dashboard, the following procedure was done in the pits. If the team was able to connect after any of these steps tethered to the robot we sent them out to the field.

This would get passed on by a flash drive to the team’s driver station from a CSA. The folder would be placed on the desktop with the following path :

2. If LabVIEW team, convert their code to a fresh 2019.2 Project as follows. All projects were named 2019 Duluth Cameras so we could determine which teams we applied this to. Always save when prompted to during this conversion. 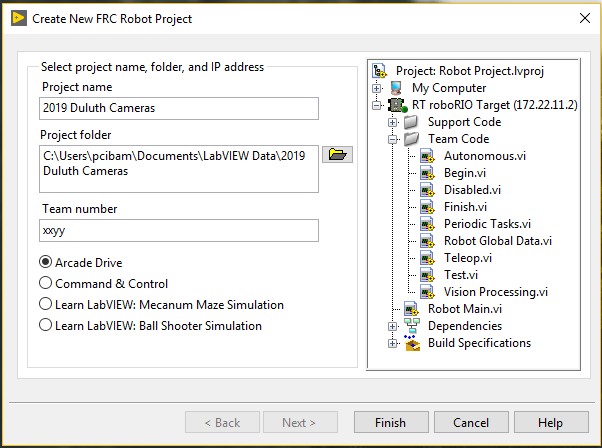 b) Delete the following from the begin VI. Once cleared it will look as follows. (Old Code) 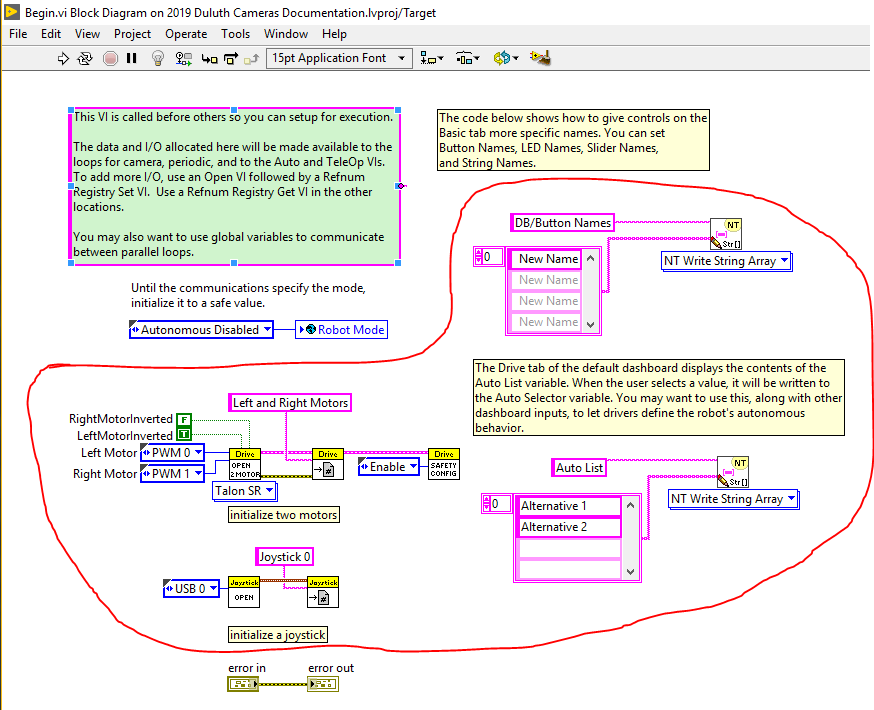 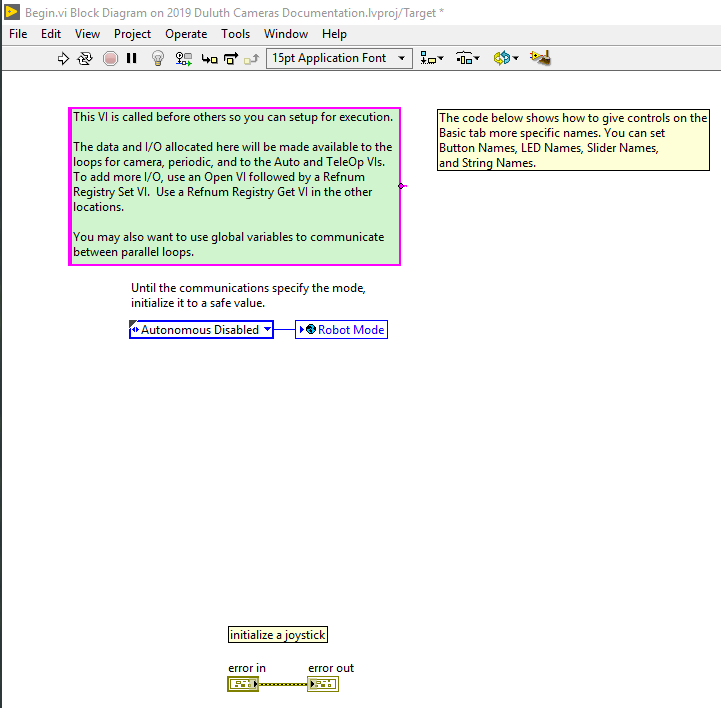 c) Copy everything except the following from begin. (Old Code) and paste in New Code 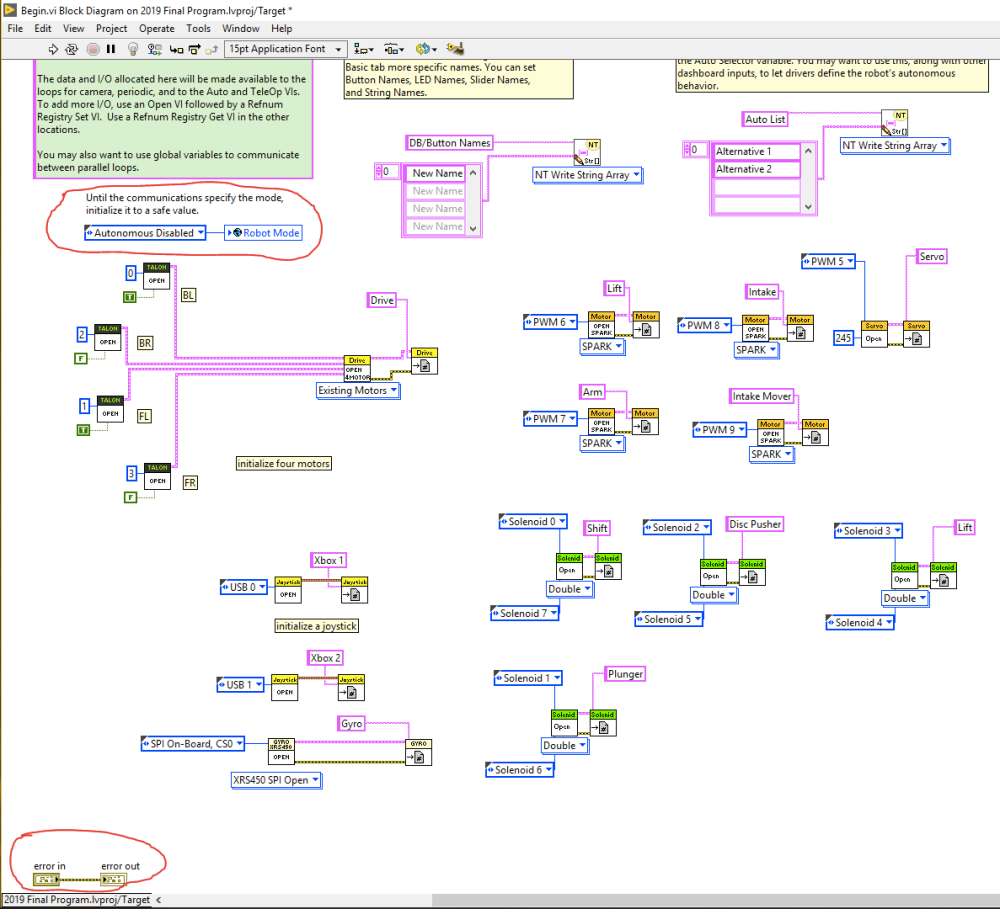 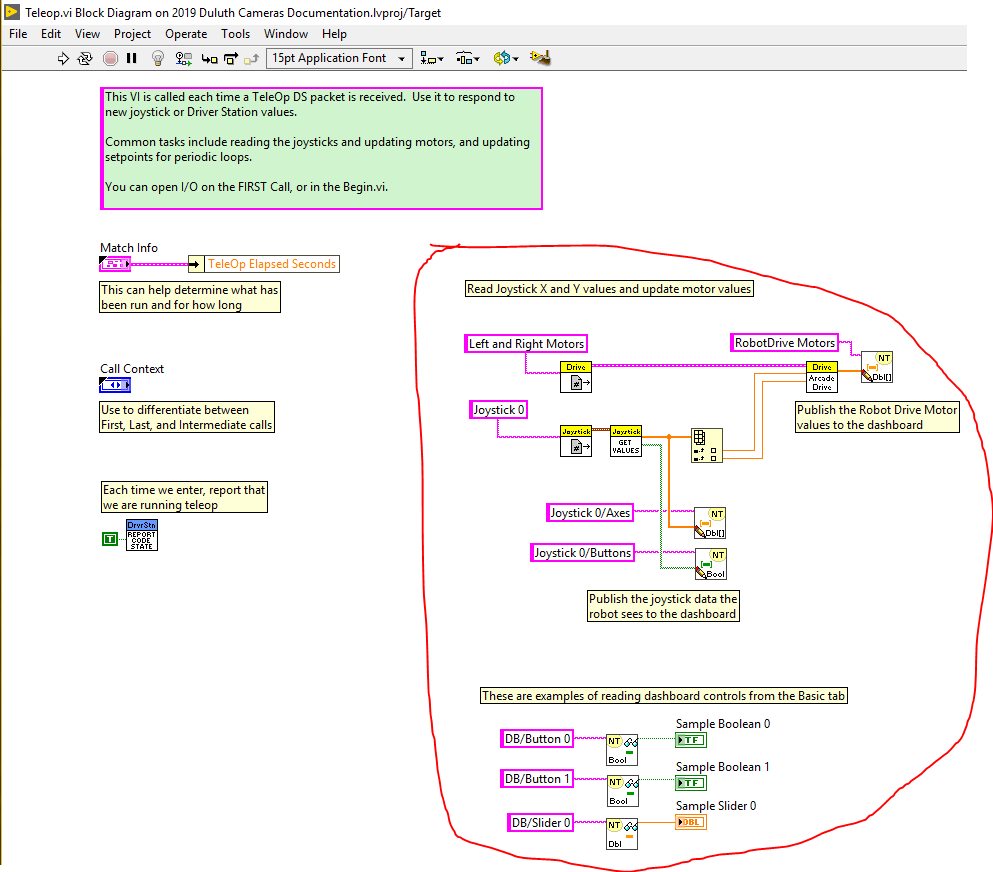 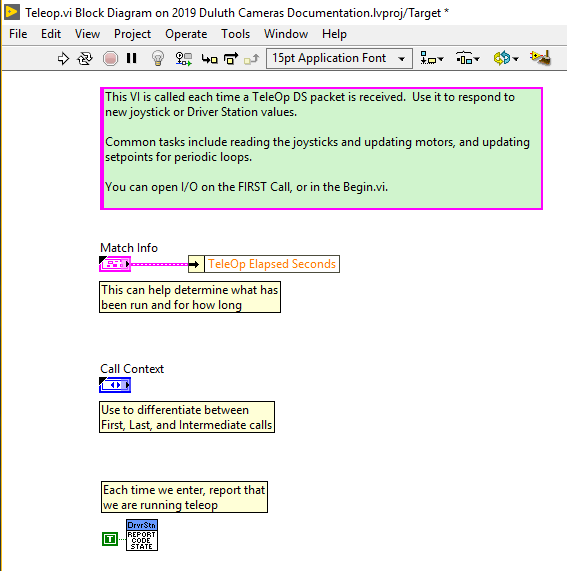 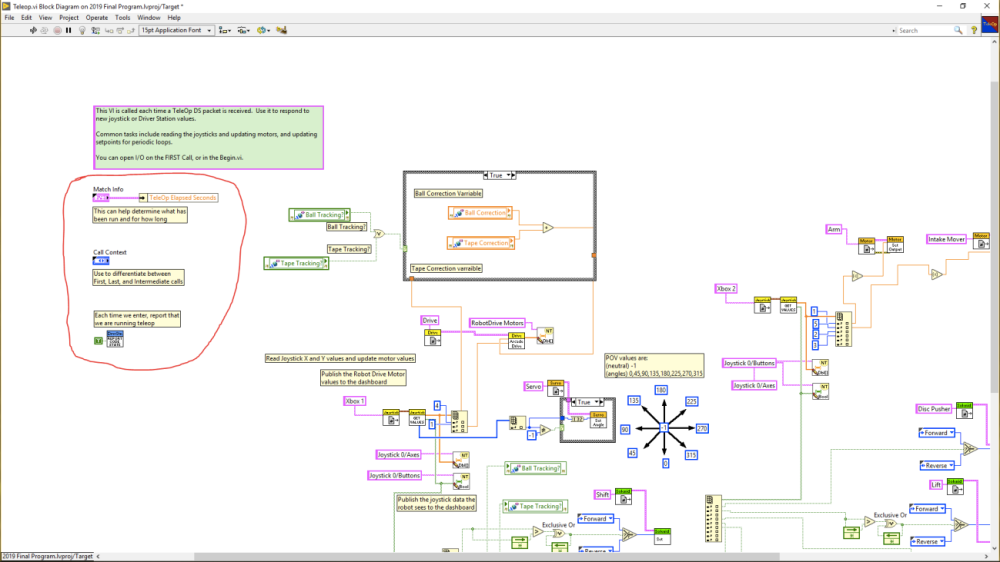 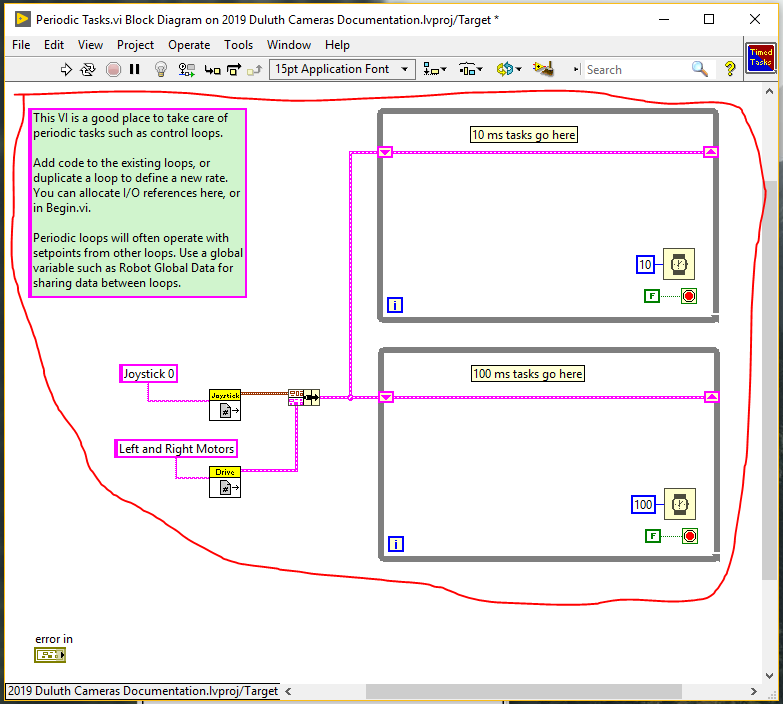 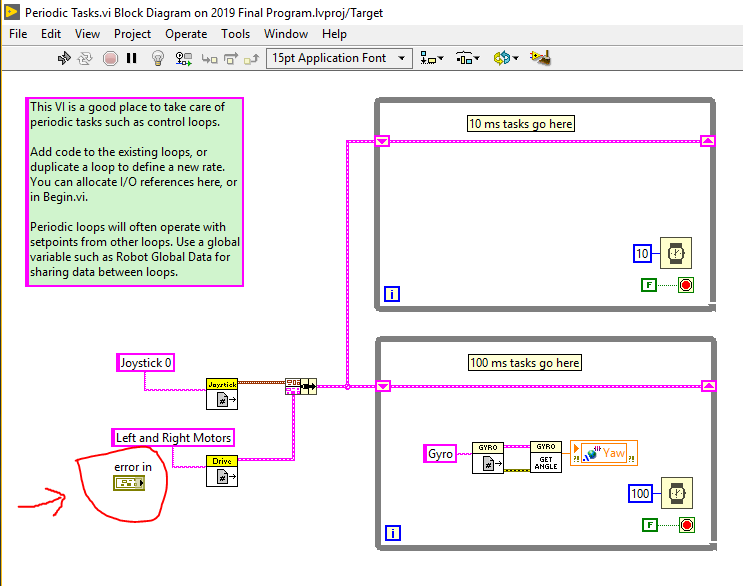 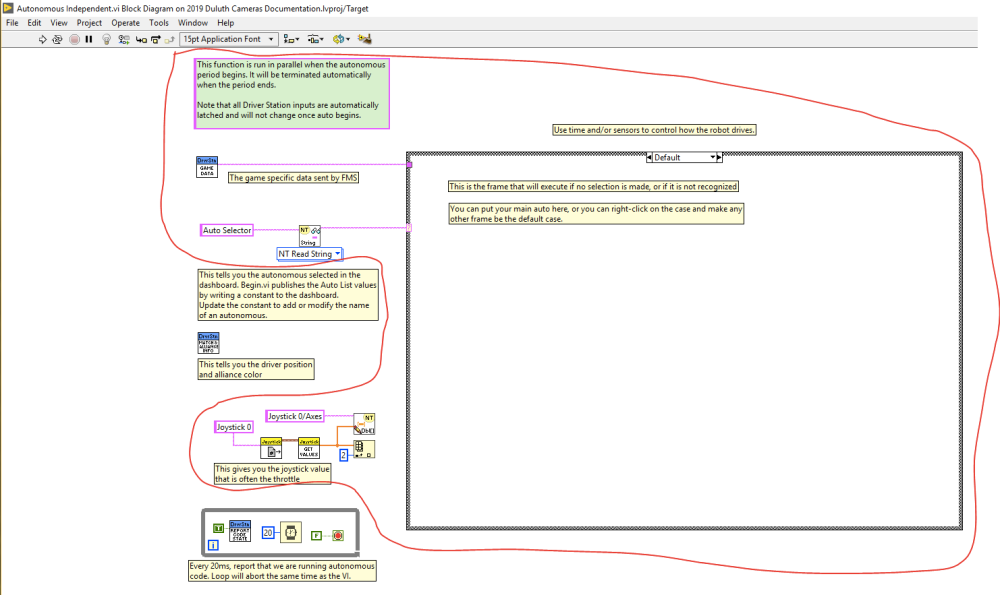 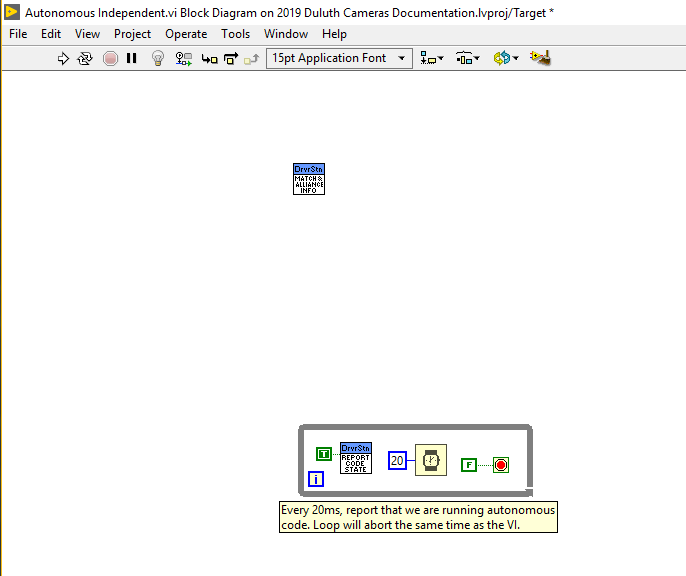 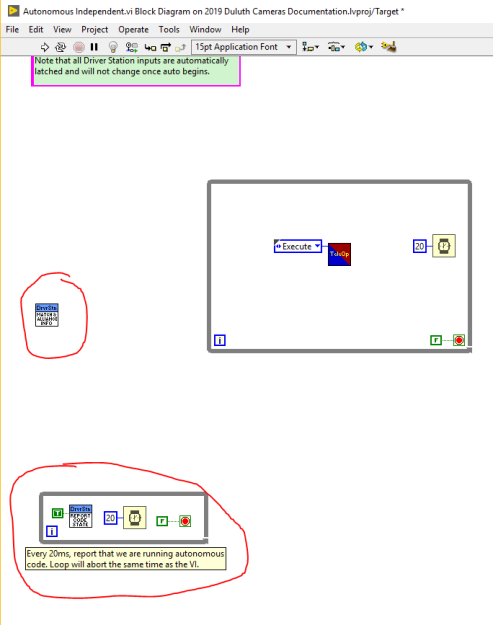 We have not discovered what to do with robot global variables at this time. To be on the safe side teams should recreate these in the new project and link them to the appropriate locations manually.

Check if NT Communication Light is on 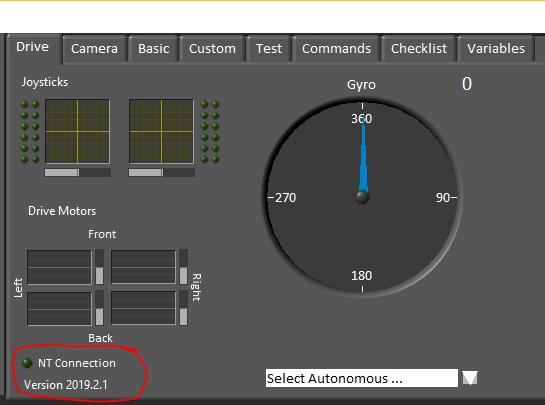 Once that light is green do the following:

If you have any question feel free to contact me at the information below. I hope this helps for future events! We will be doing the same procedure at the Great Northern Regional (North Dakota) and will report back with results from that regional.